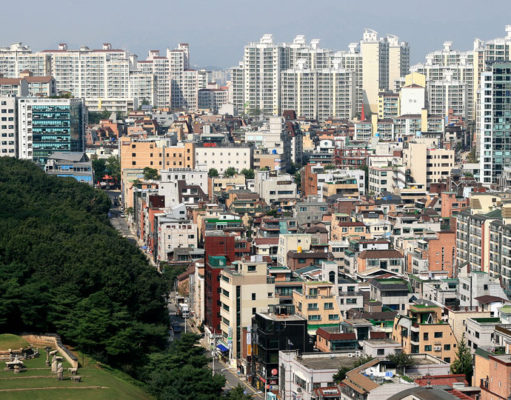 Seoul, South Korea: Pursuit of Progress with Respect for Tradition

Everything you need to plan your visit to South Korea. Start with our Quicklinks to zero in on a destination or popular attraction. Learn more from our introductory article and links to the local history timeline. Explore recommended sights, activities, food, lodging, entertainment, and festivals and events. No time to do all this online? Download a South Korea travel cheat sheet or have Amazon deliver a travel guidebook to your door.

South Korea is a fascinating land of juxtapositions: tradition and technology, rural and urban, historic temples and soaring skyscrapers. Famous in recent years for its rapid rise to industrial strength, the country exhibits all of the strengths of modern society while maintaining a strong local flavor and rich historical awareness.

South Korea is one of the most densely populated countries in the world, about 10 times more dense than the world average. Two thirds of the land is mountainous, with the rest made up of rolling hills, river valleys, coastal plains and islands. Over 3000 islands dot the southern and western coasts.

Numerous historical and cultural attractions, well developed ski resorts, and long stretches of beach make South Korea a popular year round tourism destination. Seoul is one of the top 15 destination cities in the world.

South Korea is home to 12 UNESCO World Heritage properties, including eleven cultural sites and one natural site. The Changdeokgung Palace Complex is an important royal palace in Seoul. The Haeinsa Temple Janggyeong Panjeon, Seokguram Grotto and Bulguksa Temple, Gyeongju Historic Areas and Jongmyo Shrine preserve important Buddhist  and Confucian religious sites. Hwaseong Fortress represents the pinnacle of 18th century military architecture and design. Namhansanseong is a 17th century fortified city built as an emergency capital in case of invasion. Distinctive Joseon Dynasty social and cultural features are reflected in the Hahoe and Yangdong clan villages and the architecture of the Royal Tombs. Early Korean history is preserved at Baekje Kingdom archeological sites and the dolmen burial grounds at Gochang, Hwasun and Ganghwa. The wonder and beauty of volcanic formations is protected at the Jeju Volcanic Island and Lava Tubes.

In addition, South Korea has 21 National Parks such as Hallyeohaesang National Park, a marine park of islands and beaches including the country’s most beautiful stretch of beach, and Seoraksan National Park, where pine and oak forests make for a colorful autumn destination. Bukhansan National Park in Seoul is popular for day trips to escape the dense city center.

Don’t miss the exceptional views of Seoul from N Seoul Tower, or the Korean cultural history on display at the Korean Folk Village.

Finally, the Lotte World amusement park is alway good for a full day of family fun.

These are our top recommendations for visitors to Canada. Why the Faber dozen?

Get our FREE travel newsletter delivered directly to your inbox!