Visit Sicily: The Island Outside of Time 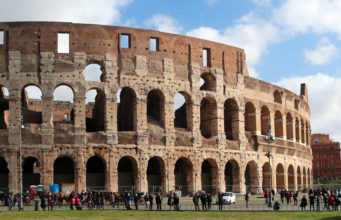 Rome, Italy: All Roads Lead to the Eternal City

Italy is one of the world’s most visited countries, welcoming over 50 million guests each year. They come for many different reasons — food, love, art, landscapes, history — all of which can be summed up in what Italians call the good life, la dolce vita.

Unsure where to begin your quest for the good life? Start with these Quicklinks to zero in on a particular region or destination. Learn more from our articles and links. Explore recommendations for sights, activities, food, lodging, entertainment, festivals and events. Be sure to review the practical matters section before you go. No time to do all this online? Download an Italy travel guide or have Amazon deliver one to you door.

Italy is one country with a long and varied past. Roman sites abound, but strategic placement as a Mediterranean crossroads ensured a wide variety of historical and cultural influences across the land. Greek, Etruscan, Carthaginian, Norman, Phoenician, and Saracen occupiers all left their mark in various ways.

Italy is home to 54 UNESCO World Heritage properties, comprised of forty nine cultural and five natural sites. Chief among them are the iconic Italian landmarks such as the Historic Centre of Rome, with its Colosseum and other remarkable remains and the Piazza del Duomo in Pisa, site of the famous Leaning Tower. The entire city centers of Florence, Naples, Venice, Padua, Verona, San Gimignano and Siena have been designated treasures. The Early Christian Monuments of Ravenna and the Archaeological Areas of Pompeii, Herculaneaum and Torre Annunziata stand out for their historical value. Among the natural sites, Mount Etna, the largest active volcano in Europe, and the dramatic Dolomites should not be missed.

Many tourists come to Italy for the food. Every region boasts its own cuisine, and for good reason. It is often said that even the fast food in Italy is better than gourmet fare anywhere else. Some of the best restaurants can be found in Milan, Rome, and Naples.

Fashion is also an important element of Italian culture, and the locals have elevated people watching to an art. Famous Italian names such as Giorgio Armani, Bottega Veneta, Dolce & Gabbana, Fendi, Ferragamo, Gucci, Prada and Versace make up a who’s who of world fashion.

Italian history is dominated by the Roman Empire, the first to rule over the whole Italian peninsula one of the most powerful and influential political states ever known. At the height of its power the Roman Empire stretched from the British Isles to the Middle East, and from North Central Europe to the Sahara desert.

The Romans were preceded by the Etruscans, a wealthy civilization centered around Tuscany for about 700 years.

Barbarian invasions of the 4th and 5th centuries left the Roman Empire in disarray, and Italy fell into a period of fragmented political rule, city states, and foreign occupations that lasted over 1000 years.

Nationalistic fervor rose during the 19th century, culminating in a unified Italy in 1861.

These are our top recommendations for visitors to Canada. Why the Faber dozen?

Get our FREE travel newsletter delivered directly to your inbox!